Shopping Cart
Your Cart is Empty
Quantity:
Subtotal
Taxes
Shipping
Total
There was an error with PayPalClick here to try again

Thank you for your business!You should be receiving an order confirmation from Paypal shortly.Exit Shopping Cart

We are so pleased with Esta. Not only is she very beautiful, but she has an amazingly kind temperament. She is never aggressive with other mares, and gets on with whoever she shares a paddock with. She loves attention, and would quite happily stand and be fussed all day long!

Her sire, Claudio Vives, is one of only thirty stallions to be chosen, by Alvaro Domecq Romero, to appear in his book, Historical and Current Stallions of the Purebred Spanish Horse. Esta also appears, in the list of his progeny. Both his parents are from the famous Marti stud, who are well known for producing quality horses.

Her dam's lines are Terry, Osborne, Military, Baones and Boloix, amongst others, and contain many famous horses of the breed. 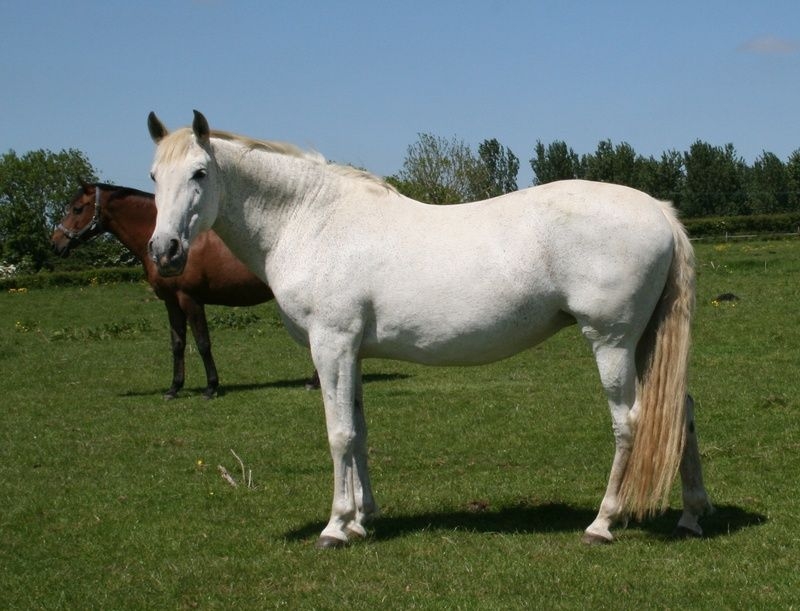 Bonny is a lovely mare. She is thought to have been a driven as part of a four-in-hand in Spain, and has very good paces. She was in the winning Cobra at the UK BAPSH National Show 2003. She carries the dun gene, which occurs twice in her pedigree, and has so far produced at least two dun foals.

Her Grandsire, Alegre XIX, was Champion Stallion of Spain in 1986 and also Champion of Functionality.

Her pedigree is largely Military and Terry which traces back to the sought after Bocado bloodlines. It contains the famous PRE stallions: Hacendoso IV 1955, Nescafe, Juglar, Bilbaino III, and Novato, amongst others.

Bonny has had seven foals, all colts! She was in foal to Gastador XII when we purchased her and produced a handsome bay colt which we have retained, Dominante LXV. She has since had a lovely grey colt, Pimentero, by our stallion, Macedonio-MAC. 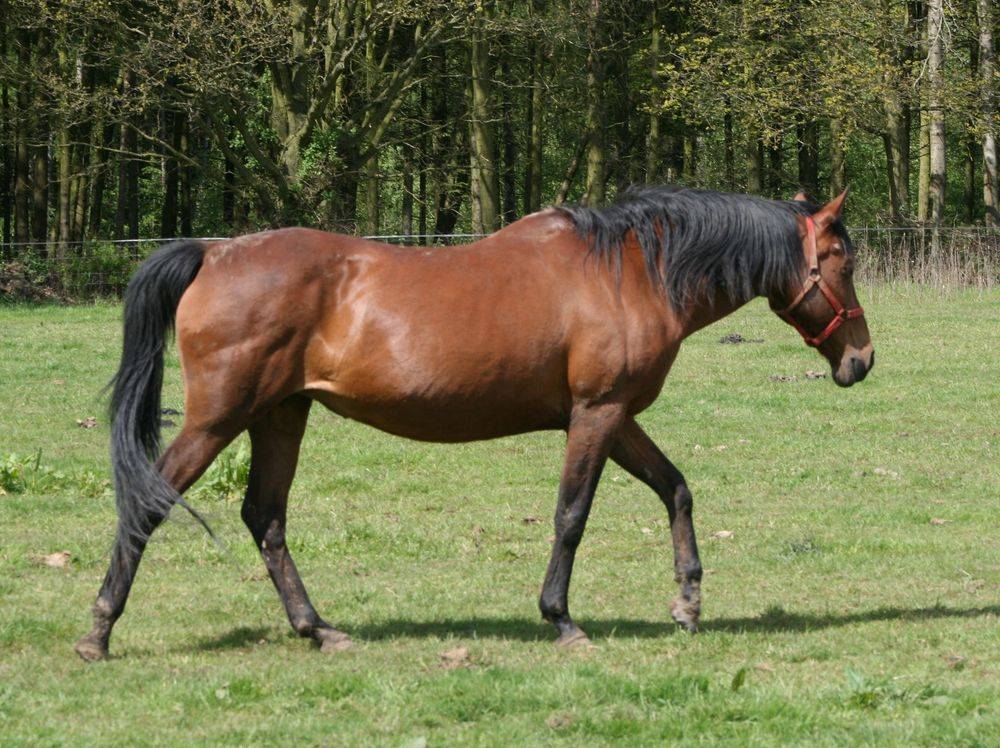 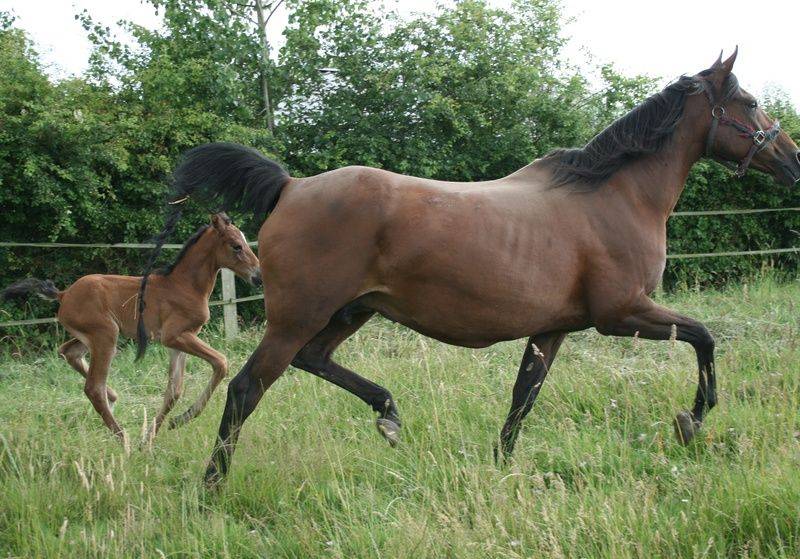 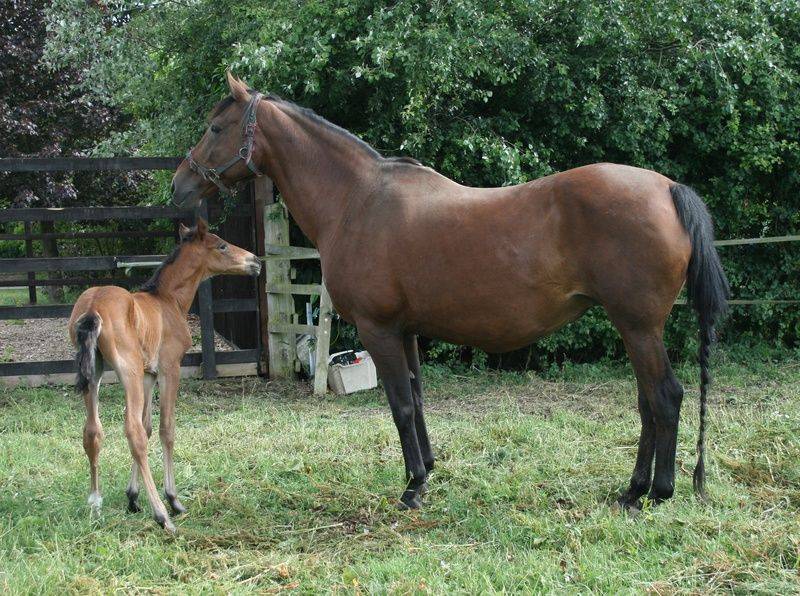 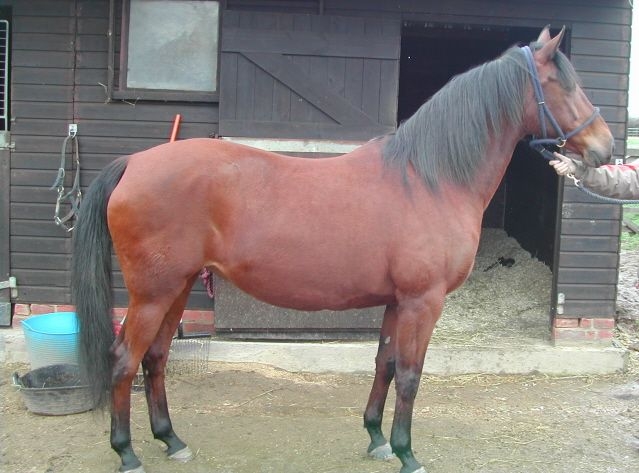 Lucy was a vaquero horse in Spain, spending long days working with the black fighting bulls. She has lots of stamina, is very agile and incredibly fast! She has naturally athletic, extended paces and is very affectionate.

Despite being only 3/4 PRE she is extremely wellbred. Her breeding is predominately Military, and includes Maluso, Cedazo, Tangible, Halcon and Cesar. Plus other famous PRE stallions such as, Gorron II, Bilbaino III, Hacendosa IV 1955, Lebrero, and Novato. Her pedigree also includes Iliada, who is one of the foundation mares of the Cardenas stud.

Lucy has had three lovely foals so far, Tempestuoso, a dun colt by Mejicano XXIX, Sombreado, a grey colt by our stallion Macedonio-MAC and a bay/dun filly by Comico IV. 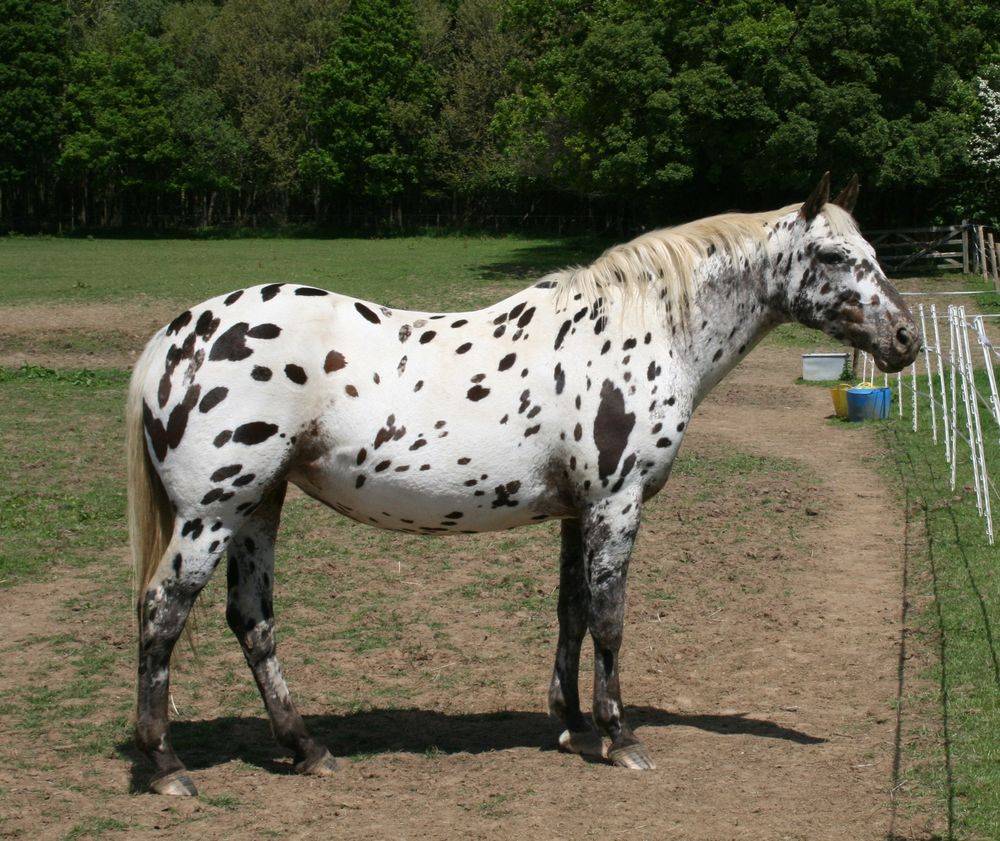 We have owned Ella since a foal. She's a great character and really prefers people to other horses. She has excellent conformation and also finds extension easy. Loves attention. She has been backed and then used as a broodmare.

Her pedigree, on her sire's side, includes many famous PRE stallions including: Descarado II, Novato, BIlbaino III, Celoso III and Hacendoso IV 1955.

Ella's sire, Espiritu, has been approved by BAPSH for Partbred reproduction. He had a successful showing career before retiring to stud, including winning Best Colt, Best Partbred under 3 yrs and Best Owner Bred at the BAPSH 1995 Breed Show.

Her Grandsire is the well known black PRE stallion, Churumbel II. He was a successful dressage horse in Germany. In the UK he was Three Times Ridden Champion, Twice Champion Classical Performance Horse. Won and placed BHS Dressage to Medium Level. Winner of 1998, 1999 and 2000 Ultimado II Progeny Award. His progeny have won 30 significant National Accolades.

Quality Fair also sired Fun Fair, who, partnered by 2008 Olympic Eventing Gold Medallist, Hinrich Romeike, was fifth at the National Young Rider Championships at Achselschwang in 1982 and German Vice-Champion at Luhmuhlen in 1983.

It explains how Ella jumped 4ft as a 10month old foal! She's very good at 'airs above the ground' too!

Interestingly, on her Appaloosa dam's side, she can trace her ancestry back to such famous racehorses as Eclipse!